We Design to Deliver-Quality Hinges 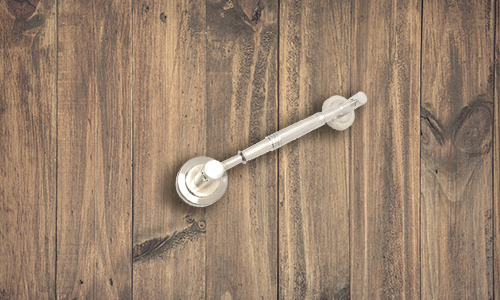 We at SSISKCON manufacture high- quality and most durable products. We have 23+ years of experience have the best engineers who design all our authentic products using the best technologies and innovation. Our engineers design hinges that are mechanical bearings used to join together two objects. It allows these objects to move on a limited angle of rotation relative to one another without falling apart.

Hinges Applications
Hinges are incredibly common and used for an array of applications in a wide variety of industries. They are found on all sorts of items, including but not limited to: cabinets, doors, windows, gates, lockers, tables, airplanes, military vehicles, jewelry and lockets, pianos, cages, fences, home appliances, electronics and more. Among the heaviest hinge users are customers in industries such as: building construction, furniture construction, material handling, storage, electronics, aerospace, military and defense, automotive, transportation, barrier and fencing and architecture.

The History of Hinges
Hinges are among our oldest and most abiding companions. While no one can say when exactly they were invented, we do know that they’ve been in use in the Middle East since at least the Bronze Age. Some of the oldest hinge artifacts we have today were found in Turkey, where Hattusa, the ancient capital city of the Hittite Empire, once stood. Dating back to around 1600 BC, these hinges were likely installed only on important and/or sacred buildings. This usage seems to have held across the ancient world; in the Old Testament, hinges are mentioned just once, in reference to the temple of King Solomon. In addition, those hinges found in ancient Assyrian and Babylonian cities have only been found where temples once stood, not homes. We can assume this was because hinges were expensive to make.

By the time the Middle Ages arrived, blacksmithing was a more common profession and metal was less expensive. As a result, laypeople too began using hinges on their doors. Then, the use of hinges diversified; people began attaching hinges to items like gates, wagons, ships, jewelry boxes and lock boxes.

A few hundred years later, the Industrial Revolution kicked off, ushering in the advancement and production growth of hinges. This was largely in part due to the necessity of hinges on many of the new machines. It was also because of machines that hinges could suddenly be produced with more complexity, precision, speed and volume. One innovation of the time was the hinge featuring ball bearings, which allowed for smoother openings. The American company, Stanley’s Bolt Manufactory, which later became StanleyWorks, received a patent for this hinge design in 1899.

The 20th and 21st centuries have since brought many more innovations to hinge manufacturing, including: a wider range of materials with which to work, the ability to apply protective coatings, more complex design possibilities and faster production. In addition, modern hinges allow for a greater range of motion of the items to which they’re attached.

Production Process
Hinge and latch manufacturers begin the production process by heating the metal material they will use. Once the metal is hot enough, they put it through machining processes such as: deformation, extrusion, casting and/or cutting. They base their machining choice on factors including: budget, required production volume, required production speed and design complexity.

Once they machine the hinge, manufacturers often put it through one or more series of secondary processes. If they do this, they do it to perfect the piece, and thus engage in processes such as: plating, painting, coating, polishing, rust-proofing, galvanization or strengthening. They decide which secondary processes, if any, to employ based on the frequency with which they will be exposed to damages like corrosion, wear or abrasion.

Materials
Most often, manufacturers make hinges from hollow or solid metal materials. Common examples include: steel, stainless steel, chrome, copper, nickel, solid brass and bronze. Each of these metals display different qualities related to: durability, tensile strength, corrosion resistance, ductility, temperature resistance, aesthetic appeal, etc. A brass hinge, for instance, is best as a decorative hinge because it has such a nice color. In addition, manufacturers sometimes use plastic hinge material. Plastic material creates inexpensive hinges that are heat, rust, chemical and UV resistant, and do not require lubrication.

Considerations and Customization
When designing, hinge manufacturers usually start with three basic elements: the leaves, the knuckle and the hinge pin. The leaves are plates that extend outward. They are held together by the knuckle, a hollow joint. In turn, the knuckle is held together by the pin. During installation, users attach the leaves to the separate surfaces they’d like to hold together and drill a hole in each leaf, so that they can fasten them.
Aside from these details, manufacturers have a lot of creative license. They vary them by: hinge length (measured parallel to the pin), hinge length (measured from leaf outer edge to outer edge), knuckle length (measured from the individual knuckle parallel to the pin), gauge (leaf mm thickness), leaf width (measured from center of pin to outer edge of leaf), slope (loose angular movement of leaves relative to pin), pitch (distance from one knuckle edge to the same edge of another knuckle on the same leaf) and end play (extent to which leaves move axially). In addition, manufacturers can deliberately create end play gaps, or spaces between the knuckles and between the leaves. End play gaps assist in increasing the motion and fluidity in the movement of the hinge.
There are a wide range of ways that we can customize your hinges. For instance, we can match any custom hinge size request. We also can add embellishments like complementary or matched colors and shiny finishes. If you don’t want your hinge visible, manufacturers can even design it to be completely hidden.